The Martha's Vineyard Ice Arena is a community rink where people of all ages, abilities, and experience can learn new skills, build self-confidence, and make friends in a safe and inclusive environment. From tiny skaters to adult hockey players, our vision is to provide a place that fosters community development and enrich the lives of children, teenagers, and adults. 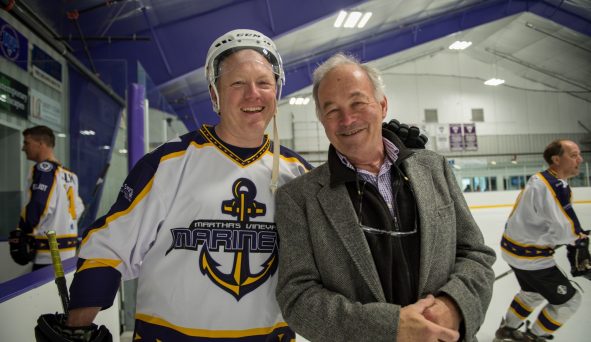 The Martha’s Vineyard Ice Arena was established in 1974 and began operations in January 1980 as an outdoor skating facility. In 1992, with the help of local businesses and a generous loan, the Arena completed a capital improvement program that enclosed the ice arena and provided year-round skating activities. The Arena was built in stages as sections of the structure were added over the years largely due to the efforts by a combination of volunteers from the community and donations. The Martha’s Vineyard Ice Arena completed a renovation in 2018 and merged with the YMCA of Martha’s Vineyard in December 2018.